The key experts of Xignum Ltd from Warsaw, Poland, visited four Estec directorates to whom they presented their elegant and agile solution for Project, Process and Data Management. The demonstrations were well received, and aroused much interest. 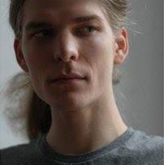 The director of Xignum, Mr Noe Michejda, and his co-worker, Ms Anna Regulska, made the demonstrations to groups from four directorates: Galileo Program & Navigation related activities (NAV), Earth Observation Program (EOP), Technical and Quality Management (TEC), and Earth Observation Program (EOP). Also participating was Mr Michiel Kruijff of at Ampyx Power BV, an aerospace company based in The Hague, where the system was recently installed. The events were organised by James R Kass Space Consulting, on behalf of Xignum, and Mr Joao Seixas (TEC) on behalf of Mr Salim Ansari, Finance, Controlling and IT (FCI) Directorate.

Xignum Aerospace (Xignum Aero), initially created for Ampyx Power, was designed to meet the high demands of product lifecycle management in the aerospace sector. It supports process-based system engineering and configuration management throughout the product lifecycle. It helps with the management ofproduct structure, requirements and verification, documentation, inventory, other configuration data and workflowsduring the phases of design, production, integration, verification, operations and maintenance.

In answer to questions regarding this solution, Mr Michejda explained that Xignum Aero could even act as a hub between existing data-bases, where users wish to continue using existing systems; otherwise, the company is able and willing to carry out the migration of data, where desired, to the new system.

It was agreed by all groups that a second series of demonstrations in the autumn would be welcomed, for which each team could specify in advance which functionalities they would like to see and how they could foresee utilizing such a solution, facilitating more customized presentations. Mr Michejda proposed that the teams could consider procuring a prototype on which they could experiment and then more ably specify their requirements in an operational environment. The next visit is planned during the weeks 40/41 (end of September, beginning of October period).