Humanity's Next Great Adventure to Mars

‘Mars One: Humanity's Next Great Adventure’ published by BenBella, explores the various human dimensions of Mars One’s planned expeditions to Mars. Kass, who is contributing author as well as editor of this exciting tome, is also an advisor to the Mars One project. 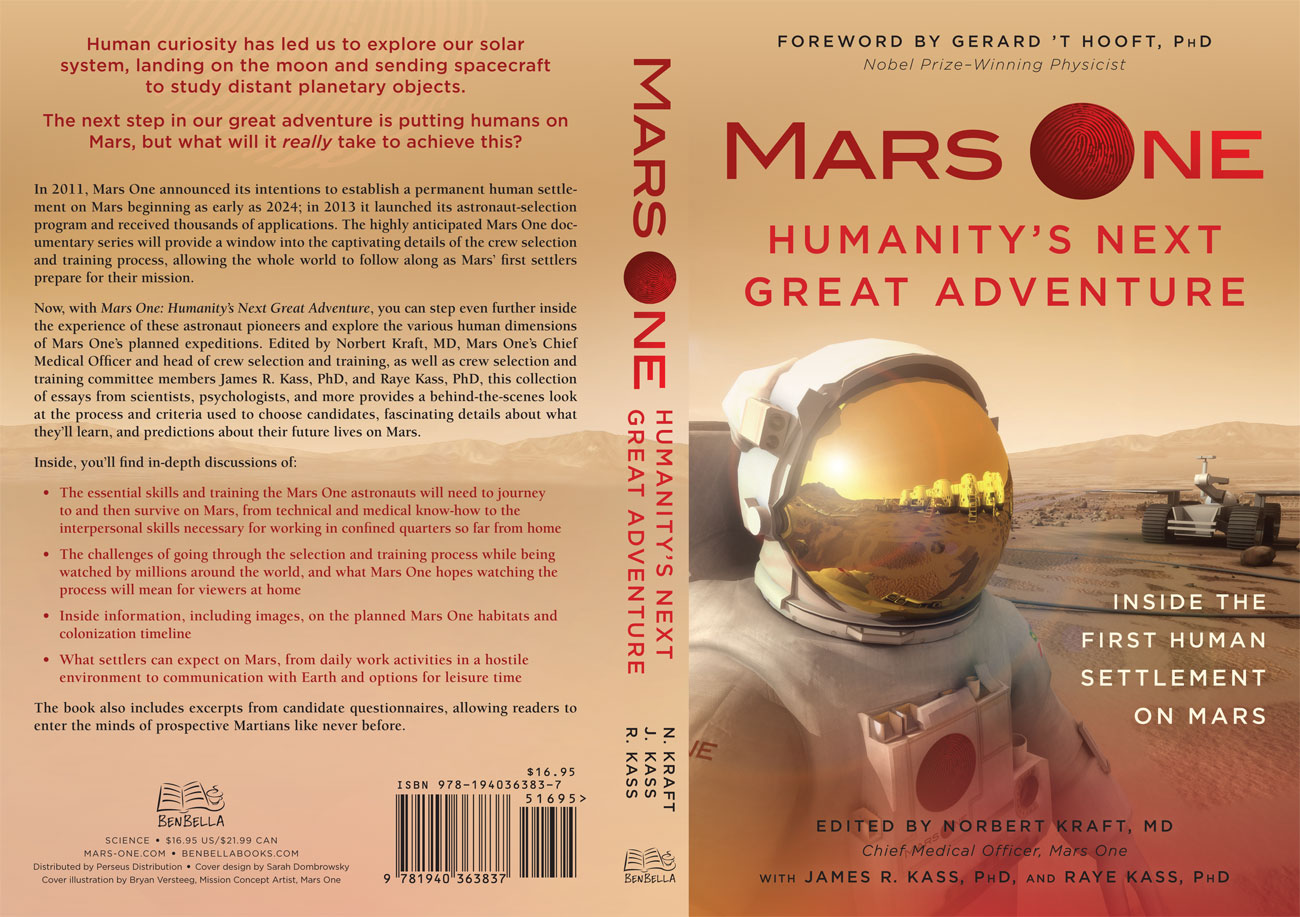 An array of interesting authors have contributed towards this book, including Prof Dr. Gerard ‘t Hooft, Nobel-Prize winning theoretical physicist, Dr Mason Peck, Prof Thais Russomano, and Jamie Guined, MEd, MBA. Although this book is associated with the Mars One project, it is about the general human aspects of sending the first humans to settle on Mars, whichever project or team succeeds in this exciting endeavour. In fact, most of the challenges addressed would apply quite well for those planning to live only for a limited period on Mars – after which they would return to mother Earth.

A number of challenging questions are addressed in this compendium, such as: