The psychological challenges of human spaceflight

At a recent Mars Meetup event held on 29-April, Dr Kass talked to the young Mars enthusiasts of the recently formed group about the special challenges facing astronauts in orbital weightlessness and long-duration separation from mother Earth.

Kass took the participants into personal areas of the challenges of human space spaceflight, not usually covered by newscasters or scientific reviews. Astronauts can become very sick in space – diplomatically named Space Adaptation Syndrome (SAS) – but more commonly referred to as motion sickness in its Earthly equivalent. These symptoms can be easily provoked in parabolic flight campaigns used to train the crew and test experiment apparatus and procedures before flying them in space. 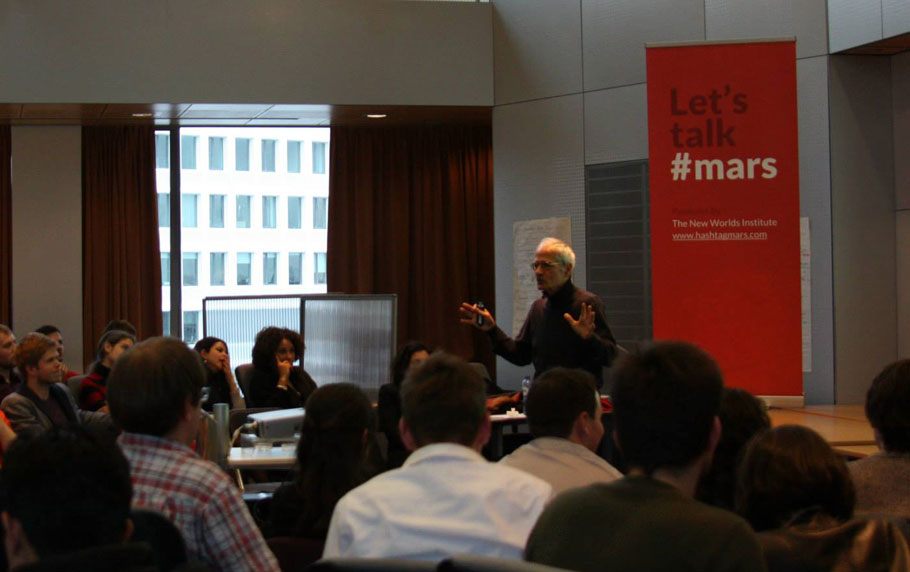 Getting sick, or vomiting, inspired the nickname of Vomit Comet for NASA’s KC135 parabolic flight airplane, which is a revamped version of a Boeing 707 to allow weightless flying. Novices, and sometimes experienced participants, often submit to very uncomfortable symptoms of motion sickness, such as vomiting.

Other discomforts in spaceflight are experienced in daily ablutions or exercising basic bodily functions, which on Earth can be a comfortable relief, but in space can be uncomfortable and sometimes very challenging.

Going as far as the Red Planet and settling on it, are dreams of various projects, such as Mars One. This latter project proposes controversial one-way trips to Mars in order to initiate a settlement – such a mission conjures up major problems and challenges, also discussed in Kass’s speech, presented below.

Video of the talk by Dr. James Kass - full version: