Dr Kass was flown in to Agnico Eagle HQ in Toronto, Canada, for a meeting with CEO Sean Boyd and president Ammar al-Joundi, to discuss the potential introduction of a Lessons Learned system at Agnico Eagle. The meeting was organized by Agnico Eagle Senior Vice-President, Human Resources, Jean-Luk Pellerin, who also participated at the meeting.

Agnico Eagle is a senior Canadian gold mining company that has produced precious metals since 1957. Its eight mines are located in Canada, Finland and Mexico, with exploration and development activities in each of these countries as well as in the United States and Sweden.

As the company expands their gold-mining activities in Canada’s northern territory, Nunavut, Kass proposed setting up a system that would garner lessons learned in previous and ongoing operations in similar physical and cultural environments, thus not only producing a repository of such learnings, but also provide a methodology for collecting, collating, and utilizing such learnings, thus facilitating improvement, providing savings, and avoiding repeating costly mistakes.

This idea was positively received and Mr Boyd was enthusiastic to proceed with implementation. 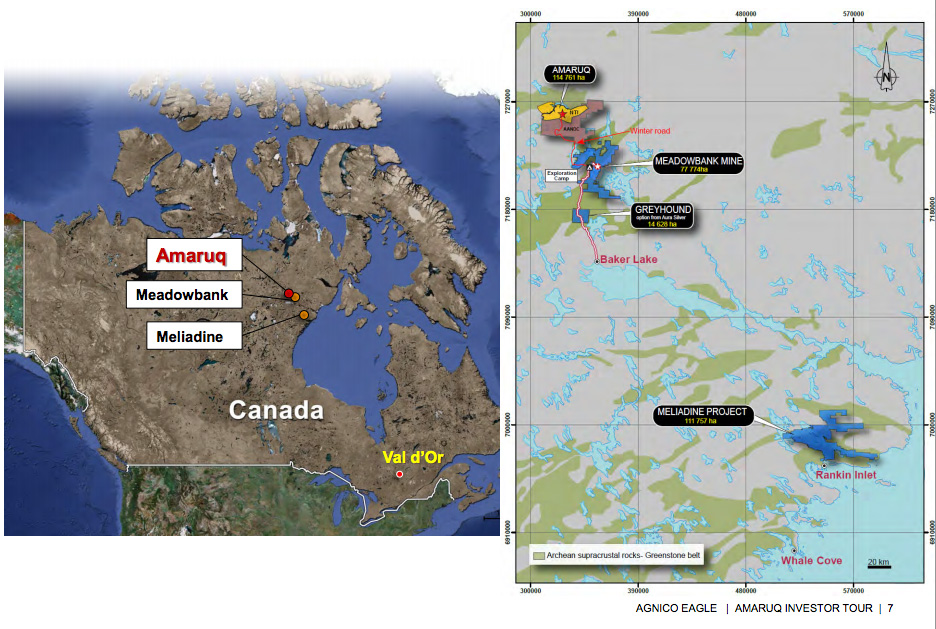 Agnico Eagle production sites in Nunavut, Canada. The operational mine is Meadowbank, while the new mine is Meliadine.