Bombardier Aerospace division in Montreal invited Dr Kass to address their C-Series team on the experiences gathered along a career of over 30 years in the domain of human spaceflight. Dr Kass talked about his exciting career and lessons learned in this challenging domain.

2) A lecture on Lessons Learned and Quality Management based on Dr Kass' experience in setting up a lessons learned system at the European Space Agency and his work in the directorate of technical and quality management at the Agency.

The participants responded most enthusiastically and invited Kass back in January for more detailed discussion on the subjects of lessons learned and knowledge management.

Also participating at the lectures was Mr Fassi Kafyeke, Senior Director Strategic Technology and Advanced Product Development at Bombardier Aerospace, together with members of his team.

The very next day, on 18-December 2015, Bombardier C Series CS100 won type certification from Transport Canada, clearing the way for its entry into service with Swiss International Airlines during the second quarter of next year. 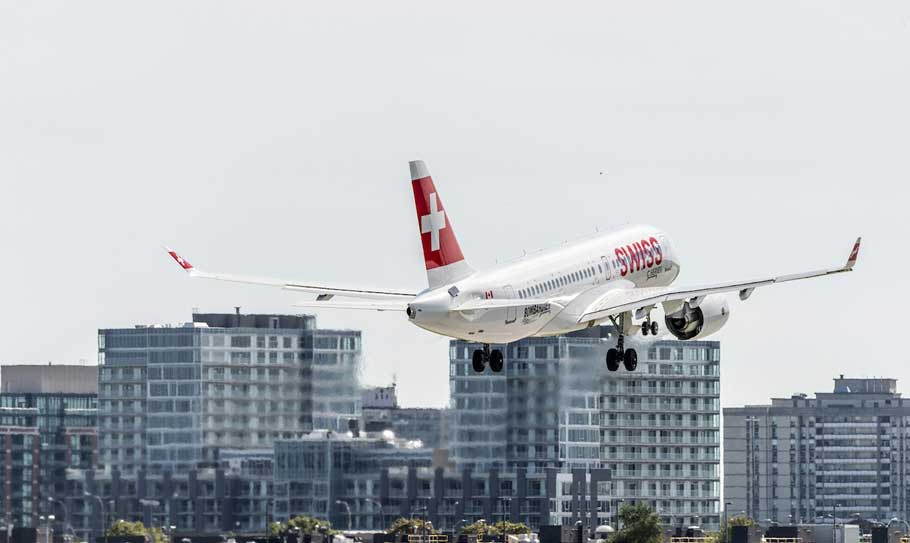 The C Series CS100 demonstrator, painted in the colors of launch customer Swiss, makes its debut in Toronto earlier this year. (Photo: Bombardier)